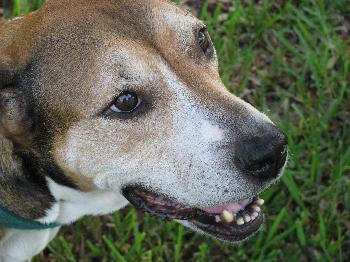 Baby Girl Hope
I wanted to contact you and let you know that you can take Baby Girl Hope off of your website. She is in dog Heaven and will be missed. On August 28, 2010, Baby Girl was euthanized for medical problems and had probably been in pain. Changes in the home had taken place and I had watched her struggle for several months to adjust and watched her health go up and down, and then she bit a friend and I had to watch her closer as my heart broke. Her behavior was probably partly due to her medical condition but I will never really know. With her ears cut back close to her head she may have been abused and used for unspeakable things but up until recently she was loving to her owners, and anyone who would love her. She was great company, never got enough attention and truly a joy to love. She had so many little things that she did to entertain and touch my heart. I promised her I would take care of her and I did what I thought was the right thing to do. She passed over the Rainbow Bridge while in the arms of someone who loved her dearly. She was not in my life for long but she taught me many things and I truly believe she came into my life for a reason. From the moment we took her off that pile of garbage and took her to our home my life was forever changed. Her unconditional love and many hilariously happy moments that she brought to me will be etched in my memories until I am able to see her again. But when I see her again she will feel no pain, no bad memories of whatever happened before we got her, just joy, and wide open spaces to be free. Boy, we are gonna have some fun.

Thank you, and Lone Star Boxer Rescue so much for having Baby Girl Hope on the website. When my heart heals a bit I may be back to the website to take another look. 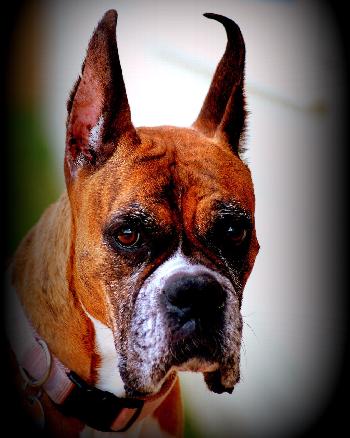 Bailey
We adopted Bailey from LSBR in 2007 as a companion for our male boxer. Because of Bailey, I began volunteering with LSBR to help other needy boxers find loving homes. Bailey.....I love you.....you will forever be missed! The Church family

Bandit
Trent and Karlyn Fuquay have donated $100 in memory of Bandit. 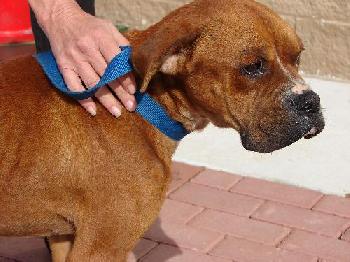 Barkley
Barkley came to LSBR in March 2009 – during the routine vet check he was diagnosed with distemper and heartworms – diseases which can be easily prevented if the owners would be responsible enough to take proper care of their dog. But sadly, Barkley’s owners were not responsible enough – they dropped him off at a shelter “because they didn’t want him anymore”. That’s where LSBR found him, and made every attempt to give him a second chance at a new life and a family who would love and care for him properly.

The vet clinic worked very hard to save Barkley and the experience took its toll on the staff as well as the LSBR volunteers. This little guy had a lot of people pulling for him but it was out of their hands... His future family never got the chance to meet him. Run, play, eat, and play again Barkley! 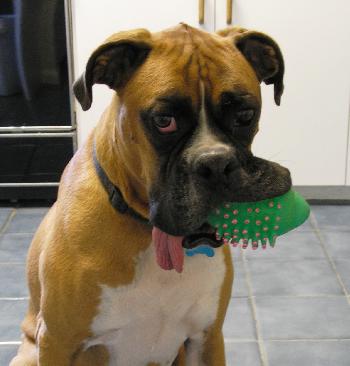 Barkley
Our Barkley (Boo Boo, Broccoli, Co-pilot, Junior) passed over the rainbow bridge today (5/20/11).....exactly two weeks after he had a cluster of seizures and we learned that he had multiple cancerous tumors in his abdomen, one of which was most likely bleeding. We brought him home, made him as comfortable as we could and spent as much time with him as possible. Barkley was about 1 1/2 years old when we adopted him from Lone Star Boxer Rescue 9 years ago. He was a funny little guy.....in looks and personality. His very long tongue made him unique but when we went to meet him when he was up for adoption and he pee'd on Mike, we knew this little guy needed us! He was insecure and, because of that, was a little unpredictable but he was the most loving and protective little guy you'd ever want to meet. Yes, he had his little quirks but everyone that met him fell in love with him (except the mailman and the UPS guy)! We feel blessed to have had him in our lives for 9 years! We truly believe he was a gift from God - one of God's little angels that has now returned home!