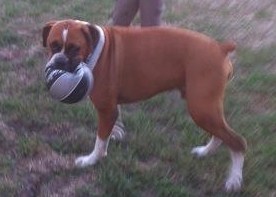 Pacey
Went over the Rainbow Bridge on 10/21/11. Missed by his foster family, the Pogue's! Run free Pacey! 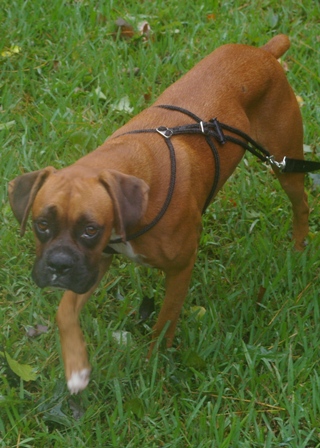 Paellan
We lost Paellan yesterday morning, September 18, 2008. She was a sweet, beautiful dog and we grew to love her quickly. She was only with us 48 hrs before she started feeling bad (coughing), just as Ike was rolling in to the coast. She was seen by two Vet’s but it was not enough to save her. She was underweight and just didn’t have the strength to fight. I have never seen an animal get so sick so quickly, nor had one steal my heart in such a short span of time. We miss her. This photo was taken the first time she went outside after the hurricane. She was not happy about it, she didn’t like walking in wet grass. 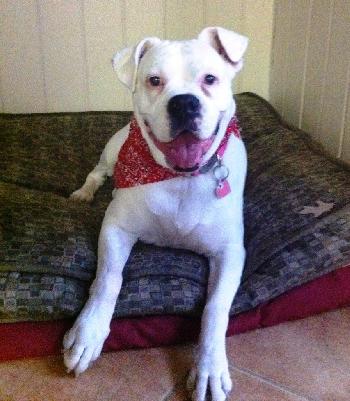 Pearl
We got Pearl when she was about 8 weeks old....she crossed over the rainbow bridge at just over 11 on 10/20/11. We treasured the time we had with her....our little pig as we called her! She was the epitomy of a sweet boxer girl. She loved her people, as well as her boxer and kitty siblings...as long as they knew who was boss! We feel blessed to have spent 11 years with her! She smiled and giggled up to the day she died! We love you Pearl and miss you terribly! Roxanne & Mike Farris 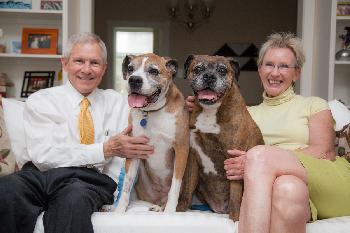 Penny
Family portrait taken May 2014 before Last Wishes came to the house and peacefully ended the struggle of our stalwart Penny on August 15. Our lucky Penny came into our lives in June 2007 with a bad case of heartworms, starved and buckshot. LSBR had already spayed, vaccinated, and had dental work done prior to the heartworm treatment that they arranged. It looked like she was abandoned by a puppy mill when she was worn out. We met her at a foster home where dog crates with every variety of happy boxer lined a sunny room off the patio. I asked to meet a couple of dogs and then Penny picked me by climbing into my lap as though to say, “What are we waiting for?” For all the abuse and neglect that Penny suffered in her first 5-6 years, from day 1 she was incredibly sweet and loving. Even still, it took a few years for her to get comfortable snuggling or to make a sound – until we went back to LSBR to adopt our fawn ingénue, Gypsy. Gypsy taught Penny to bark and Penny taught Gypsy to hunt possum. We shared endless love and contentment and walks on the beach. We hold Penny dearly in our hearts until we cross the Rainbow Bridge where our sweet and loving Penny will be waiting. We are so grateful to LSBR for the comprehensive care and compassion they provide to these beloved boxers. We’ll be back. Deborah, John & Gypsy 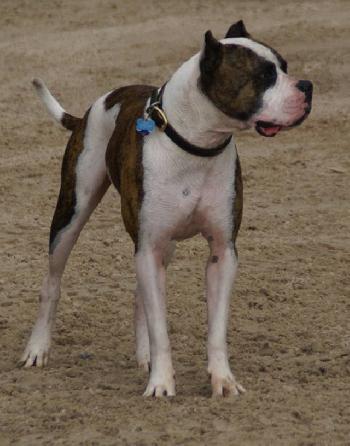 Petey Zeamer
My family and I adopted Petey approximately 8 years ago from Lone Star Boxer Rescue. He was our children's best friend and at times their favorite pillow. A friend to be loved, and a constant companion. He was an old soul since the day we brought him into our home, and the best dog a family could ever want. He was a part of our family and though he is gone, he will always be with us. Thank you Lone Star Boxer Rescue for allowing us to bring him into our lives. He was our first dog and he gave me more than I ever thought a dog could. He will be missed dearly.